To borrow from a classic quote about the late great James Brown:

DW3 is today’s hardest working band in soul business, working fans into a dance and romance frenzy with their R&B, old school funk, jazz and Latin-fired magic via a whirlwind of nearly 250 live performances a year throughout the U.S. and beyond. 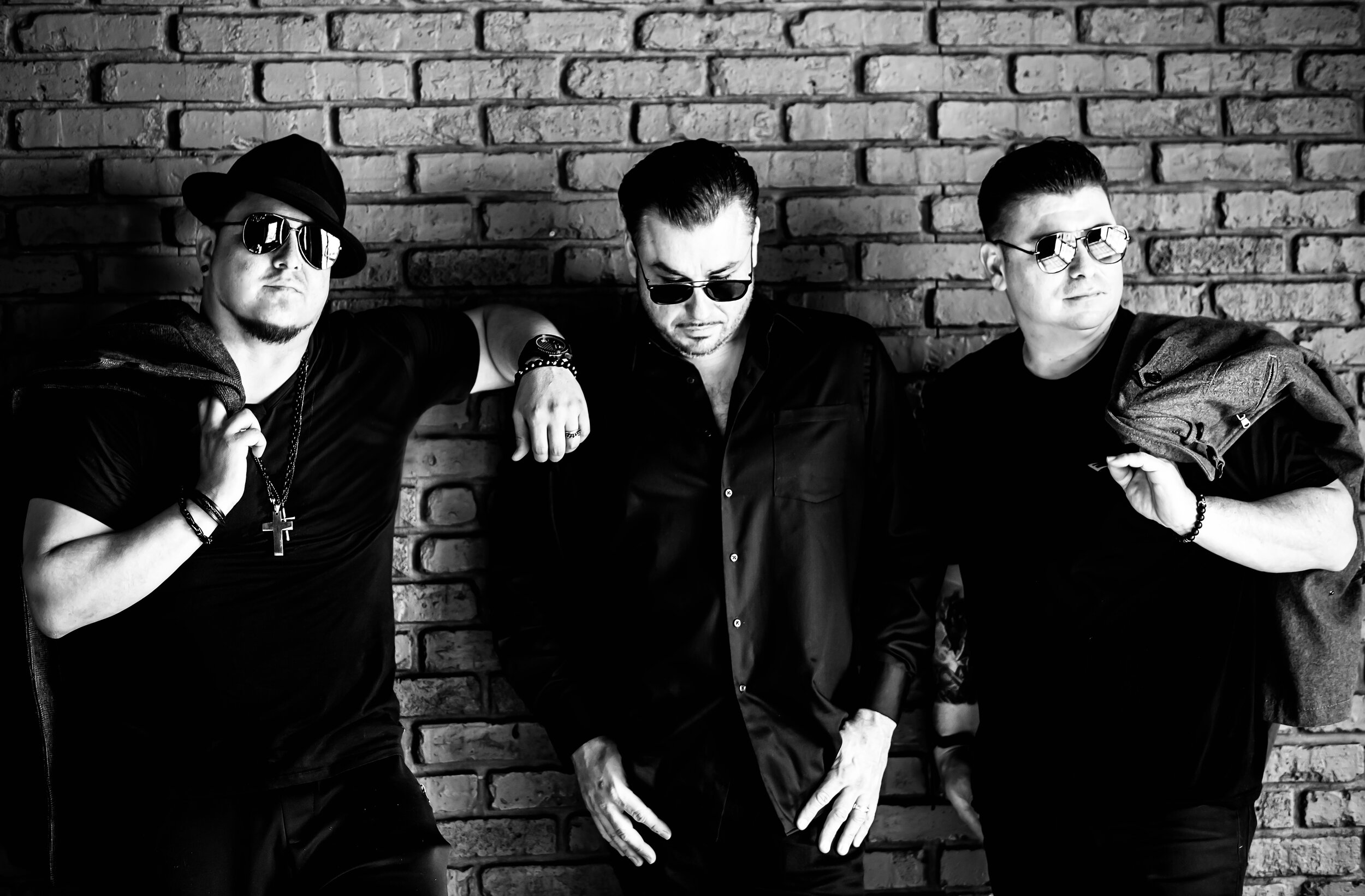 With four Billboard charting hits – including “I Got You” (featuring Gerald Albright) and “Let the Music,” “I Can’t Tell You Why” and “California Dreamin’” from their hit 2013 & 2015 albums On the Floor & Vintage Truth – DW3 have also established themselves as a popular national recording group. The three chose to self-title their latest Woodward Avenue Records recording to reflect the culmination of their steady and inspiring evolution from ultimate, first call party band to multi-faceted artists, songwriters and producers fulfilling their own singular musical vision.

While their previous albums were produced by greats like Paul Brown (On the Floor, 2013) and the late Ricky Lawson (Vintage Truth), DW3 marks a major breakthrough as the first time Eric (vocals, keyboards), Billy (vocals, percussion) and Damon (vocals, engineering, editor) have helmed an entire project themselves. Since the release of Vintage Truth, the group has spent their rare down time from the stage building their own state of the art recording studio (complete with rehearsal space and a listening room) in El Monte, CA with the help of the Rico Caudillo, owner of ESS Labs, a prominent headphone and speaker company DW3 endorses.

“We’re really excited about this album,” Damon says. “It took a lot of hard work and perseverance to get this amazing studio up and running and dive into the process. We’re grateful for everyone who worked with us to get us to this point. After years of being known just as a “Party Band” On the Floor was our intro to the Smooth Jazz world and earned us a lot of respect from that community. Ricky’s production on Vintage Truth took us to the next level, and now we’re able to take our artistry even further as writers, producers and arrangers.”

“Sonically, our concept was to capture the same types of vibes we convey onstage,” Billy adds. “We’re a high energy live ensemble that also love lush, sensual ballads, and we kept that in mind when we were recording these new songs. We’ve had a lot of success with covers, and when we do our cover tunes, we’re all about the 70’s, 80’s and early 90’s, and our original material captures those eras with a fresh flavor. The album’s got a lot of grooving dance beats with some cool, smooth stuff in there to create the perfect balance. Our challenge was to integrate our old style with a fresh new sound and contemporary melodies. We still love doing classic songs, but the whole point of composing is to draw from those influences to move forward creating our own unique flow.”

The set list for DW3 offers a perfectly artful balance between smooth, seductive ballads and up- tempo dance/funk jams. If you’re in the late night, slow swaying candlelight zone, the band’s got your number with the silky and sensual, blues tinged ballad “Like There’s No Tomorrow” (featuring Rebecca Jade) the hypnotic, slow simmering “Your Body” (featuring a silky solo by Boney James), the sexy and sultry “Groove With You” (also spotlighting Jade), and two compelling versions of DW3’s re-imagined Con Funk Shun classic “Straight from the Heart” – the second a stripped down, nearly a capella version featuring DW3’s sparkling vocal harmonies and the passionate sax intensity of Eric Darius. When you’re ready to groove, hit the 80’s spiced, synth-funk driven “Now That I’ve Found You,” the spirited, high octane party anthem “Let’s Have Fun Tonight” (featuring Richard Elliot on sax and EWI), and “Never Gonna Stop,” which Billy calls the band’s “El DeBarge meets Michael Jackson with a new hip, fun flavor to it.”

Hailing from East L.A, California and growing up in the Los Angeles areas of El Sereno and Lincoln Heights, Eric and Billy began their musical careers in high school by playing club dates with their parents; their father is a bass player, and he and their mom are singers. DW3, an outgrowth of that original family band, which took the Mondragon’s sound and professionalism to the next level, has been an evolving collective of musicians since then. Damon, born in South Central L.A, also had musical influences by his parents. His mother and father have been playing and singing in the church for over 40 years. The core (Down With 3) members since 2003 are Eric, Billy and Damon. They became an integral part of the contemporary Urban Jazz scene in 2004 when they played on the first Warren Hill Smooth Jazz Cruise and were subsequently booked as resident performers at Spaghettini. Their first independent album release was Live at Spaghettini (2006), which they followed in 2008 with Life, Love and Music.

“We are so blessed to have worked with so many incredible artists and musicians over the years,” Damon says, “and that continues on our new album with Boney, Richard, Eric, J. Lo’s drummer and bass player and guitarist who have played with The Jacksons, Kool & The Gang and many others. The three of us are particularly proud of this new album because it was a homegrown effort, with all songs joining together to form a cohesive vision while also having its own thing.”

Billy adds, “I love all the different styles we’ve got. Sometimes when you listen to full albums, you’re hearing the same thing over and over, but here, we’re still interested from one song to the next. It’s definitely not the same old thing. Echoing his band mates, Eric says, “That’s why we wanted so much variety and chose only the best of all the songs we had. We wanted to keep everyone as excited listening to it as we were recording it. So many artists these days only release individual tracks or EPs with streaming in mind, but we’re fortunate to have the opportunity to provide full length CDs to our fans and totally embrace the old school charm of a full-on album project.”

Customers who viewed this item also viewed these products

To advertise here in this space:

Simply Soul have been in the music business since 1996, serving you the customer with all the latest new soul records/jazz/r&b & house music on cd & vinyl.